This hour-long programme made for the BBC introduces the programme to the audience, which is shot in a studio. Short films are interspersed with studio footage with films examining, in some instances in a comical fashion, the issues facing the East End of London. Themes examined include the benefits system, lack of social housing in the area, immigration and the changing culture of the area. In the news section the E1 Festival is promoted, along with school closures and high truancy rates discussed. There is a tongue-in-cheek film review of Tunde’s Film and a brief clip of the film is promoted. Other features consist of a ‘Dishes of the East End’ segment featuring the iconic Fish and Chips. A play called ‘A Five to Six Minute Play’ follows featuring Tunde Ikoli, where he talks to an older man about the issues both face trying to find work. A community video short also features called ‘Our Kids’, truant school children are interviewed about why they are skipping school and what their hopes are for future. The programme ends back in the studio where the group discuss ‘Our Kids’. 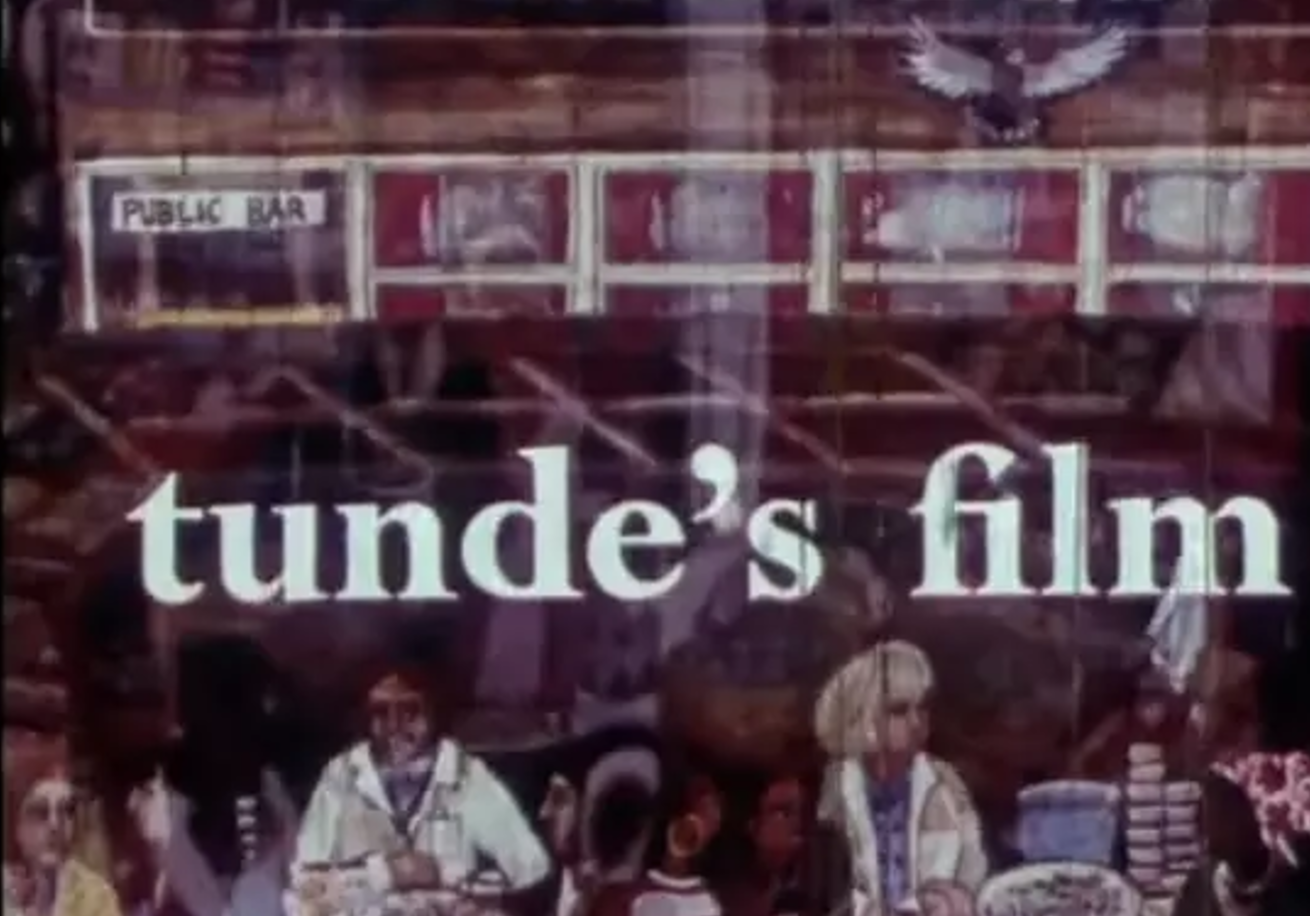