‘Centrepoint Soho’ examines the plight of homeless young people living in the West End of London and the establishment in 1969 of Centrepoint, a voluntary agency set up to help these homeless young people. Amongst the hustle and bustle of London the camera crew visit Euston Station in October 1979. They interview several young people, one man has travelled down from Glasgow with £2 to his name, another young girl has run away from her boarding school and is not welcome back at home. The scenes move to Centrepoint, a night hostel close to Piccadilly. The temporary residents and volunteering staff are interviewed about the work of Centrepoint, which aims to help young people who are new to London. Much of the problems encountered which lead to homelessness include being without family support and being unemployed. In 1979 12,000 requests were made to Centrepoint for emergency accommodation and the charity could only house 7000. The video ends with a return to Euston Station, this time in February 1980 where more young homeless are interviewed.

Simon Bright, Andy Porter
Stills photography - Dave Hampshire. Captions - Kevin Nessling.
Participants: Pat, Noel, Corinne and John - who appear in the first half of the tape and who were living in the Centre Point medium stay hostel at the time the tape was being made. 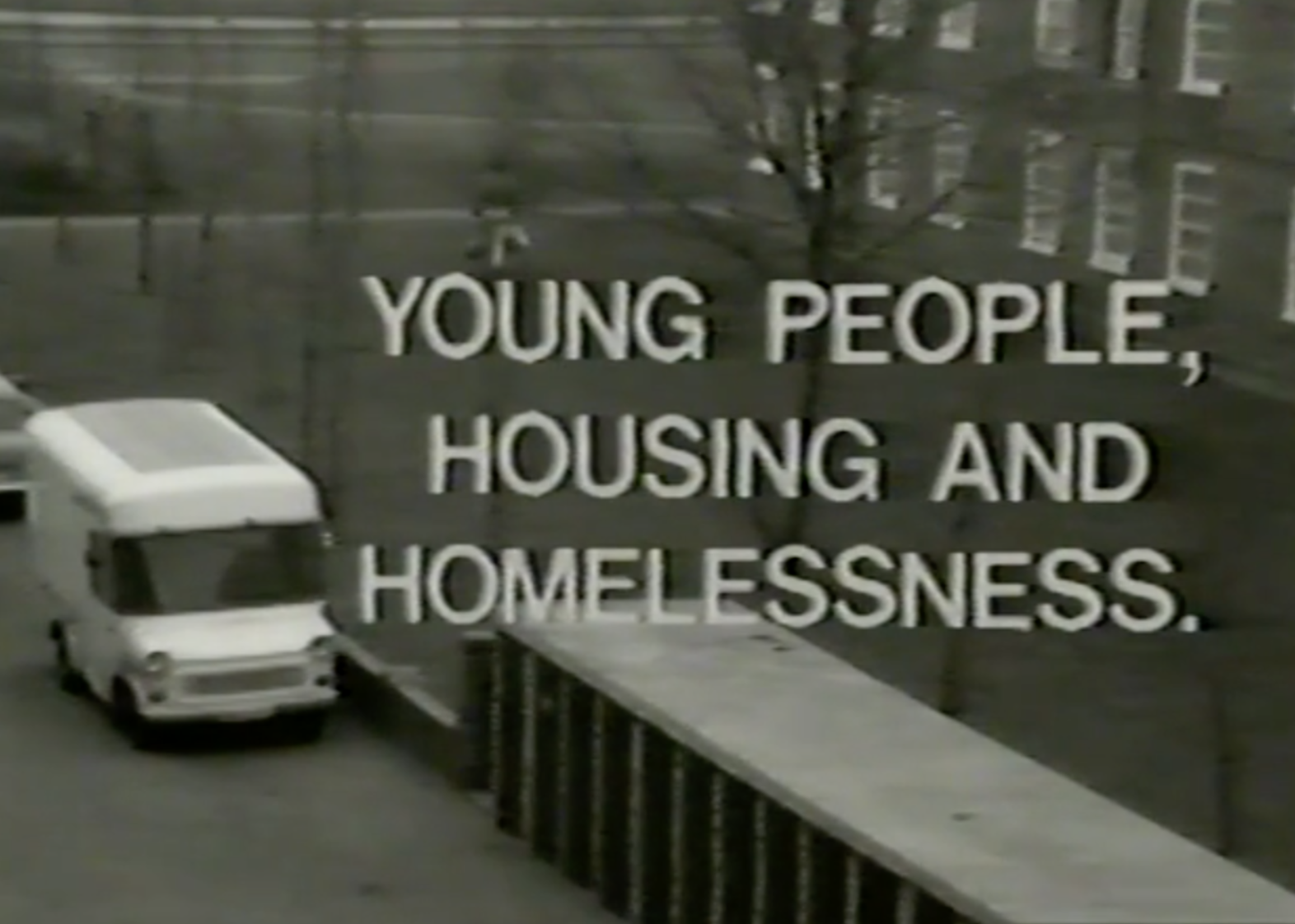 A Place of My Own, or Young People, Housing and Homelessness (Parts 1 & 2)