The beginning six minutes of this compilation tape features a play in an outdoor space by black actors affiliated to the Basement Project. A young woman is harassed by three young men who end up stage fighting each other with the young woman eventually getting her own back by fighting the boys. The following scenes are of a group teenage white girls interviewing each other in the summer sunshine about boys and generally having fun with the Portapak. The third item is in the Basement project and another play by black actors about relationships. There is a lot of giggling as the play is recited. The final footage 17 minutes in is a group of young white individuals going through a play scene-by-scene and messing about in front of the camera. 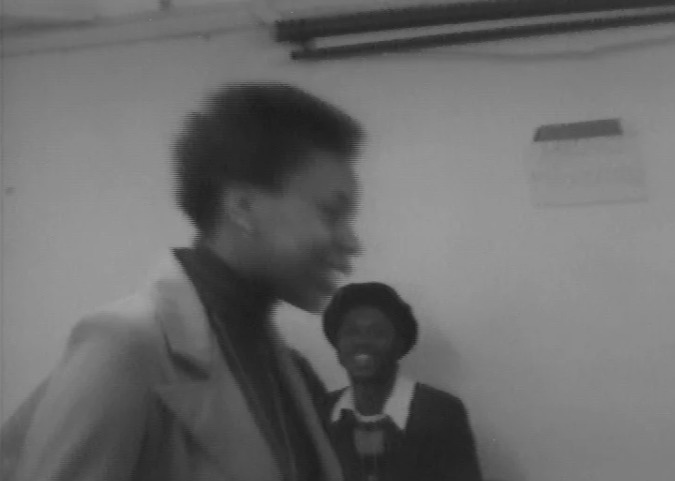